Home » About Us » Board of Directors » ROBERT B. MICHALESKI, BComm, CPA, CA 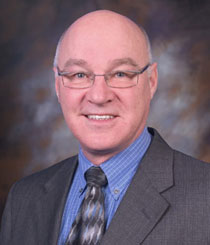 Mr. Robert (Bob) Michaleski was Chief Executive Officer (retired in 2013) and a Director of Pembina Pipeline Corporation since January 2000, and a member of the Board of Directors of Coril Holdings Ltd. since 2003.

Under Bob’s leadership, Pembina has successfully pursued a business strategy focused on prudent financial management, reliable service, and responsible growth. Mr. Michaleski played an integral role when taking Pembina public in 1997, after the division and sale of the energy assets held by the Mannix family. Since that time, Pembina’s enterprise value has increased from an original value of about $600 million, to approximately $10 billion following the $3.8 billion Provident acquisition in 2012.

Mr. Michaleski joined Pembina in 1980 and prior to his current appointment, served as Vice President Finance, Chief Financial Officer, and Controller.

He received his Bachelor of Commerce (Honours) degree from the University of Manitoba in 1975 and his Chartered Accountant designation in 1978.

A proud supporter of the community, Bob provides his leadership to the United Way of Calgary and Area, and has served as Co-Chair of the General Oil and Gas Division. Currently, Bob serves as a Director of TSX companies Vermilion Energy (lead Director) and Essential Energy.

Bob and his wife enjoy spending time with their children, traveling, and seeking opportunities to stay actively involved in their community.