Home » About Us » Board of Directors » Carol Leaman, M.Acc, BA 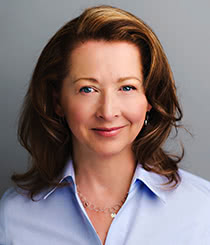 Ms. Carol Leaman is currently the CEO of Axonify Inc., a disruptor in the corporate learning space and innovator behind the world’s first Employee Knowledge Platform.  Axonify delivers a learning experience that combines brain science, adaptive microlearning, gamification and predictive analytics to increase employee knowledge and change the behaviour necessary for achieving targeted business results.  Prior to Axonify, Carol was the CEO of PostRank Inc., a social engagement analytics company that she sold to Google in June 2011. Previously, Carol held CEO positions at several other technology firms, including RSS Solutions and Fakespace Systems, both of which she sold to strategic acquirers. Carol is a frequent speaker, a regular contributor to industry magazines, and has won multiple awards, including the Waterloo Region Entrepreneur Hall of Fame Intrepid Award (2011), the Sarah Kirke Award (2011) for Canada’s Leading Female Entrepreneur, and the Profit500 Female Entrepreneur of the Year (2017).  From 2006 to 2008 she also served as CEO in Residence of the Communitech Technology Association, where she developed and executed a program focused on helping early stage start-up companies find success.

In 2013 Carol received the prestigious designation as a Fellow of Chartered Professional Accountants (FCPA).  She also holds a Master of Accounting Degree from the University of Waterloo, as well as a Bachelor of Arts Degree in Economics and Accounting from that same institution.