Home » About Us » Board of Directors » GORDON M. RITCHIE, BA, MBA 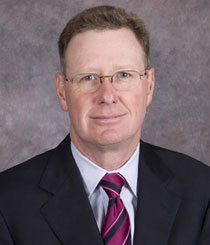 Mr. Gordon Ritchie was with RBC Capital Markets for 33 years, retiring from the position of Vice Chairman in 2016.  From 2001 through 2005, Gordon served as Managing Director and Head of RBC’s Global E&P Energy Group.  Previously, Gordon spent six years in New York where he served as President and Chief Executive Officer of RBC’s U.S. Broker/Dealer, RBC Dominion Securities Corporation (1993 to 1999), where he was responsible for development and execution of RBC Capital Markets U.S. business strategy. From 1989 through 1993, Gordon was Co-Head of RBC’s International Corporate Finance Group based in London, England. He has extensive experience in investment banking with RBC Capital Markets in Europe, the United States and Canada.

Gordon holds an MBA (1977) from the University of Western Ontario and a Bachelor of Economics (1975) from the University of Alberta. Gordon holds securities industry regulatory designations in Canada, the U.K. and the U.S. and served for two years as a member of the New York area Advisory Committee to the New York Stock Exchange Board of Directors.

Gordon is actively involved in a number of philanthropic initiatives. He served as Co-Chair of the 2003 Calgary and Area United Way Campaign, was on the United Way Board for four years and served as Board Chair in 2005. Gordon has been a Board Member of WinSport Canada (formerly Calgary Olympic Development Association) since 2003 and served as Board Chair for the two year period including the Vancouver Winter Olympic Games. He sits on the Investment Committee of the Board of Governors of the University of Calgary, has Co-Chaired, together with his wife, fund raising dinners for Hull Child and Family services that have raised over $1 million, and participated on the Capital Campaign for Kids Cancer Care’s Camp Kindle. Gordon sits on the Calgary Elbow Board of Directors for the PC Party of Alberta and has an active interest in Provincial and Federal politics.