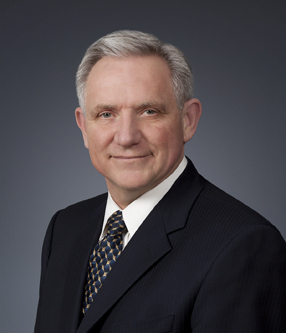 Mr. Kevin Beingessner joined the Loram Group of Companies in 1981. During his first sixteen years with the Group he was engaged in numerous mining-related development projects for Manalta Coal Ltd. and its affiliates. In 1993 he was appointed Vice President Human Resources and Administration, a role he retained when Manalta converted its private ownership to a publicly-held Income Trust in 1997. In 1998, Mr. Beingessner returned to the Loram Group as Vice President & General Manager of Titian Investments and, subsequently, as President and Director of Exploron Corporation. Shortly thereafter, he was also appointed President and Director of Balboa Hotels Ltd., responsible for managing the Hyatt Regency Calgary hotel asset.

In 2006 Mr. Beingessner transferred to Balboa Land Investments Inc. as Senior Vice President, and in 2010, he was appointed Executive Vice President of Balboa. In January 2011, he became President and CEO as well as a Director of Balboa and its subsidiaries, and was responsible for leading and advancing Balboa’s business initiatives across Canada.

Effective December 31, 2020, Mr. Beingessner retired from his positions as Coril’s CEO and Chairman of it major operating subsidiaries.  Immediately thereafter, he was appointed as Chairman of Coril Holdings Ltd., and as Chairman of its Human Resources Committee.

Mr. Beingessner graduated from the University of Calgary with a Bachelor of Science Degree (B.Sc. – With Distinction) in 1978. In 1982 he was awarded a Master Degree (M.E.Des.), also from the University of Calgary. He is a graduate of the Banff School of Advanced Management (1987), and received his Certified Corporate Director (ICD.D) designation in 2005. In the community, he has held senior level volunteer positions in support of the philanthropic interests of Max Bell Foundation, Norlien Foundation, and the National Music Centre (formerly Cantos Foundation).