Home » About Us » Legacy

The Mannix family’s history of involvement in Canadian business dates back to 1898. In that year, Mr. Frederick S. Mannix purchased a team of horses and performed his first earth-moving job as a sub-contractor on branch lines being constructed for the Canadian Pacific Railway in Manitoba and Saskatchewan.

That humble business start developed throughout the 20th Century into one of North America’s most powerful industrial forces. The Mannix companies had a hand in some of the most formidable construction challenges and infrastructure projects on the continent, including the St. Lawrence Seaway, the Trans Canada Highway, the James Bay hydroelectric project, the Toronto and Montreal subway systems, the Columbia River development including Grand Coulee Dam, the Cold-War-era Distant Early Warning (DEW) radar lines built in Canada’s high Arctic and multiple pipeline , oil and gas,  mining, highway and industrial projects.

During the 1950s, having already established one of Canada’s largest construction companies, Frederick S. Mannix’s son, Fred C. Mannix, diversified the business, creating the Loram Group of Companies. A key element in that diversification was the establishment of what became the country’s largest coal producing company, Manalta Coal Ltd., which had seven active mining operations in British Columbia, Alberta and Saskatchewan. By the mid-1950s, the Group was also successful in its bid to construct and own Pembina Pipeline Ltd. That company later diversified into oil and gas production, eventually becoming Pembina Corporation, the largest owner/operator of crude oil and liquids feeder pipelines in Canada. Another of the Group’s companies, Loram Maintenance of Way Inc., which is based in the United States, became a leading designer, manufacturer and service contractor working for the railroad industry.  The company currently works on a contract service basis throughout North America and sells equipment globally.

Fred C. Mannix withdrew from active involvement in the business in the 1970s, and in 1979 he was an inaugural inductee, and one of the first two living inductee, into the Canadian Business Hall of Fame. He passed the responsibility for the perpetuation of the Group of companies over to his two sons, Frederick P. Mannix and Ronald N. Mannix. They grew the Group to maturity in the 80s and 90s, and capped off the first century of the family’s involvement in Canadian business with the divestiture of most of the Group’s energy assets in 1997. Manalta Coal, Pembina Pipeline, and Pembina Resources were sold to the public markets via an income trust, a royalty trust and an asset sale respectively for over two billion dollars which allowed the family to advance all of their estate planning.

Mr. Ron Mannix then established our parent company Coril Holdings Ltd. with numerous executives from the former Loram group to continue the railroad activities and pursue real estate and other investments. 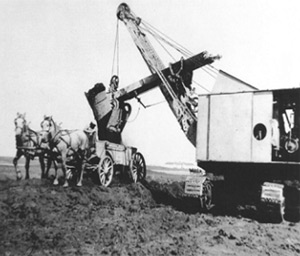